When we talk about the rarest deck of cards in 2020 there are many different contenders. We’ve looked for the rarest playing cards ever produced and kept hearing the same top four; Red Fontaines by Zach Mueller, Create Magic Deck by David Blaine, Skull & Bones VIP edition by David Blaine and Fontaine Futures 500 Deck by Zach Mueller. So which one of these four is actually the rarest deck of cards in 2020?

Well, the answer isn’t that simple, first, let’s see why these decks are at the top. 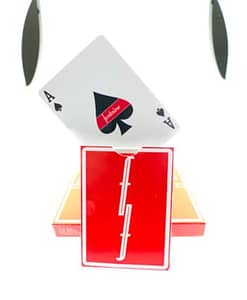 hit their goal of 10 thousand dollars with 18 hours and ended up raising 21 thousand dollars and being completely sold out. The Red Fontaine deck consisted of a simple and minimalistic design that was very popular for cardists and magicians. 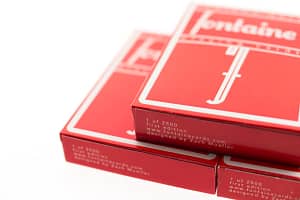 Only 2500 decks were ever printed making this a very limited deck, originally sold for 12$ these cards now sell anywhere from 400$ to 600$ on eBay and are very uncommon.

In 2014 David Blaine and Microsoft produced the Create Magic Deck. This deck was created for a Microsoft function at which David Blaine was performing and was given out to all the 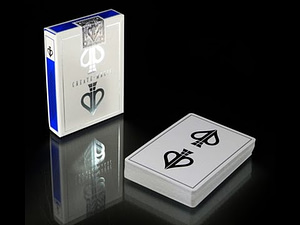 Microsoft interns attending the event. Only 2015 decks were every printed making this deck very difficult to find. The Create Magic Deck was never sold to the public and now sells anywhere from 400$ to 1000$ on eBay.

VIP Skull & Bones Playing Cards by David Blaine were made for his 2018 tour. The cards were signed and given to VIP ticket holders during his show. You can Purchase Skull & 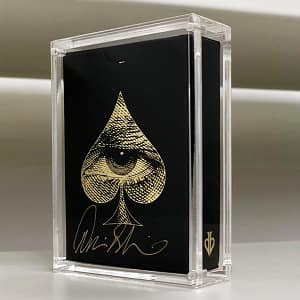 Bones Playing Cards through David Blaine’s website, however, they are not the VIP edition and aren’t rare. We do not know how many of these VIP decks were printed but we speculate that it’s very low, also, these decks can now be found on eBay for 350$ to 500$ which tells us they’re quite uncommon.

Fontaine had a mystery box run in 2019 and made the “500 deck” to go inside. You could purchase mystery bags and you had a chance to get 1 of 5 decks ranging in different rarities. The Fontaine 500 deck was the rarest like the name 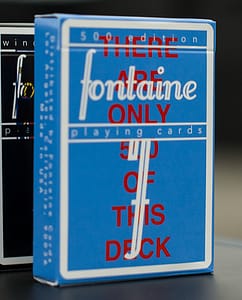 says only 500 decks were ever printed making it quite special. The mystery bags all sold out within minutes of there launch on the Fontaine site. This deck can be found on eBay for 250$ to 350$ which is more than 16x the original price of 15$.

Here is a chart comparing all the different factors in the rarity of a deck of cards.

Based on these factors the rarest deck in 2020 is the Create Magic Deck by David Blaine.

When writing this, we were only able to find one of these decks available making this deck super un-common. All in all, if you happen to have any of these cards KEEP THEM they are only going to get more valuable in the future and you may even be able to sell them for thousands of dollars. 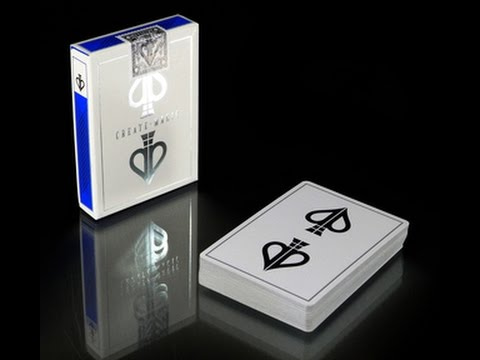